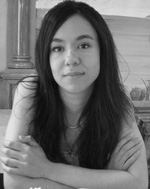 Research Title: From Archive to Event: Towards a New Status of the Object and the Digital Subject

My research focuses on how new technologies, especially the Internet, affect the modes of circulation, legitimisation and production of artistic events; and on the problems of conservation of internet-based artistic practices and its relation with dematerialisation and memory. I am interested in understanding if a tendency to dematerialisation is actually being favored by the new technologies, and if so, which relation could it have with the modes preservation of digitally-based artistic practices. My investigation will not necessarily concentrate on artists working on new technologies as their media; but mostly on artworks, artists, critique, that are somehow influenced by the specificity of these new technologies in the way they produce and/or perceive the artistic event and contemporary artistic productions; with a especial focus on the ways the new medias are used for reproducing, documenting, legitimising and making circulate artistic events and artworks.

Gabriela Galati is a researcher and curator based in Milan and New York.  She got her BA and MA in Art History at the University of Buenos Aires where she taught classes as Assistant Professor in Semio-Epistemology in Social Science. As Adjunct Professor in the same subject she taught at the Universidad del Museo Social Argentino. She was also involved as a researcher at the Universidad de Buenos Aires Ciencia y Tecnica Research (UBACyT) Grant Program.
Her international experience as a curator includes exhibitions at White Box New York, Sue Scott Gallery, New York, Cuchifritos Gallery, New York, Galleria FacSimile, Milan, Japan Embassy in Buenos Aires, Museo de Arte Moderno de Buenos Aires, Museo de Arte Contemporaneo de Rosario, Appetite New York-Buenos Aires, Fundacion de Arte Contemporaneo, Montevideo, among others.
She is also Founding Director of the non-for-profit curatorial platform the Net-Museum.
In 2010 she has been selected to participate of the 2nd International Curator Course organized by the Gwangju Biennial Foundation in Korea.
She is currently pursuing a PhD at the University of Plymouth, Planetary Collegium/ M-Node, NABA.