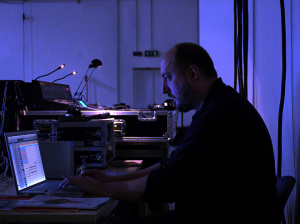 Research title: “Listening Patterns. From music to perception and cognition”.

The issue of describing, analyzing and proposing models of listening is first of all an epistemological problem. After having discussed the dfficulties of building an objective frame to analyze subjective experiences such as the listening experience, points of view expressed by existing theories are examined in terms of what they take for granted in the language they use. The analysis of texts about listening is therefore conducted through a grammatical path that unfolds by following the syntactic roles of the words involved in listening descriptions. Starting from the problem of synonymy, the analysis moves around the subject, the object, adjectives and adverbs to finally discuss the status of the referees of the discourses on listening. In this way, topics such as the subjecting power of language, posthumanism, neurocentrism, the objectification and naturalization of listening are discussed and, as per the conclusion of the first part, the need to address a theory of listening as a viable narrative is finally presented.

The second part is devoted to introducing a narrative of listening. This is first informally presented as the experience of discontinuity and, after a discussion of Bachelard’s metaphysics of time, it is finally presented as a dialectics among three ways of organizing perceptive distinctions. thee three modes of distinctions are presented as a basic mechanism responsible for articulating the sonic continuum in a complex structure of expectations and reactions, in terms of patterns, that is constantly renewed under the direction of enactive statistical learning. The final chapter of the second part is directed to briefly apply the narrative of pattern structures in dealing with the experience of noise.

In the third and final part, some applications of the concepts introduced in the second part are presented. The first chapter is directed to discuss a method for analyzing music by listening. The second chapter is bringing the narrative of pattern structures in contact with music composition, as a frame that can be applied to data sonification, installations and music production and in the didactics of composition.The last chapter concludes the text by addressing general issues, that engage the proposed narrative more into sound studies, in a discussion related to the concepts of “soundscape” and “identity”.

Massimiliano Viel is a composer, musician and researcher. His manifold activities as composer, keyboard player and sound designer brought him to collaborate with ensembles and orchestras such as Caput Ensemble of Rejkiavik, MusikFabrik of Düsseldorf, the Teatro Alla Scala Orchestra of Milan, the Symphonic Orchestra of the WDR, the Orchestra of Paris and with composers such as L. Berio, F. Romitelli, L. Francesconi and K. Stockhausen, with whom he realized three albums.

He has produced more that fifty works for acoustic and electronic instruments, from solo pieces to the full orchestra, that have been presented in more than 20 countries around the world. At the same time he has developed his artistic path around the relationship between music and other media, realizing performances and installations in close contact with theatre, visual arts and dance.

In 2001 he joined Otolab, one of the most internationally knwon italian collective dedicated to audiovisual performances, with which he created projects performed all over the world.

He has written books and papers in the fields of music theory, sound studies and music education. He is a tenured professor at the Conservatory “G.Verdi” of Milano, Italy and PhD researcher at the Planetary Collegium T-Node, University of Plymouth, UK.