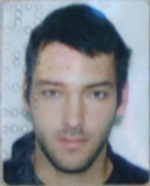 Research Title:The Future of the Image

I will focus my research on the relations between authorship and creative practices through new media and web sharing technologies, investigating the artist individuality and its constant redefinitions
After developing an historical overview on conceptual artists selected as precursors of strategies and practices adopted by the network culture, I will
try to draw a  path through the issues encountered analyzing the work and the internal debate of Alterazioni Video art collective, trying to define and rethink which are the real possibilities and dangers of the Artist outside the framework of exhibitions and where is possible an intertwining between an intellectual and analytic approach and the sexualized media spectacle of platform such us Youtube, social networks and so on.
Particularly, I am interested in exploring the ways the artist, as the expert par excellence of image production, can be the one who enters into this transmission stream and actually slows it down, that is intellectualizes the follows, to question it, instead of simply passing it on.

Born in Rome 1974, he is a Ph.D. candidate in Art and New Media at the University of Plymouth (Planetary Collegium), Uk/Milan Node (Milano, Nuova Accademia di Belle Arti). Co-Founder of Alterazioni Video an artistic collective based in Milan New York and Berlin.  The group is a scattered, mobile international network that focuses on issues of disinformation and the relationship between truth and representation, legality and illegality, freedom and censorship, mingling the languages of art with the practices of political activism in a cross-media approach. The group’s projects have been exhibited in prestigious venues and at international events, including Kunst Behetanien Museum, Berlin; MoCA, Shanghai; Location One, New York; Chelsea Art Museum, New York; Van Abbemuseum, Eindhoven; Venice Biennale; Manifesta 7, Trentino; Columbia University, New York; Fondazione Sandretto Re Rebaudengo, Turin, and Performa, New York.