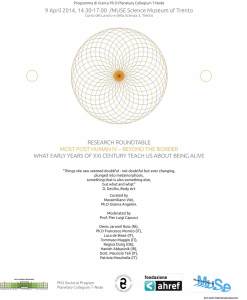 The Research Roundtable “MOST POST HUMAN – BEYOND THE BORDER” is meant to be an interdisciplinary confrontation around the “crossing of a boundary” as connected to the notion of “beyond”.

This subject is able to generate conceptual mutations that are possible, if not even necessary, by means of the introduction in different fields of the idea of geography, as a passage from a strictly physical dimension to the exploration of conceptual and experiential regions, showing a character that is intimistic, psychological (as in the emotional geography in the arts), literary (as in geocriticism) and socio-antropological (as in the social movement studies) and so on.

We are facing today an explosion of meanings in the idea of boundary, due to the use of the prefix trans in ideal / global terms, that is able to recall the spatial dimension of beyond, a crossed barrier that allows us to extend vision across a border. It’s a reference to the philosophical idea of transcendent, as the crossing of defined boundaries, that represents conditions of existence that are beyond certain sensory limitations, as well as to the psychological idea of a crossing movement that evokes the ‘transformations’ originating from the movement itself.

This is an interpretation of the crossing of a boundary as something that is born from the senses, by means of machines that are directed to the extremely wide scale of the universe and to the extremely little one of elementary particles. We are therefore forced to face the appropriation by the side of a new corporeity of those perceptive dimensions that evolution denied us, both in the typology of physiological receptors (which nowadays digital technology integrate with sensors), and in the cognitive ability to detect patterns, by means of sensory translations such as visualisation and sonification.

At the same time, the human boundaries show themselves in the territory of thought, while experiencing the  crash against a barrier that is built by practices of meaning making, and is directed to erase any possible blind spot, hiding us what is there outside and opposing to our efforts of thinking the other and the unknown. Tracing a geography, a map of any forethought, is thus the instrument that instead of subjugating meaning to a predetermined ratio, can rather be used to mark a path pointing to a place that lays beyond what is known.

While until a few decades ago, the multi-dimensional reflection on reality was relying on the research of a proper way to observe the imaginary universe from the point of view of the languages that were build on that imagery (as it happens for example for cinema and art), today its complexity have been polyhedrically scattered in environments we habit as actors / manipulators as well as spectators, so that an investigation on the subject of what is there beyond, what is impossible, unexperienced, far away or out-of-sight is spreading in every discipline. 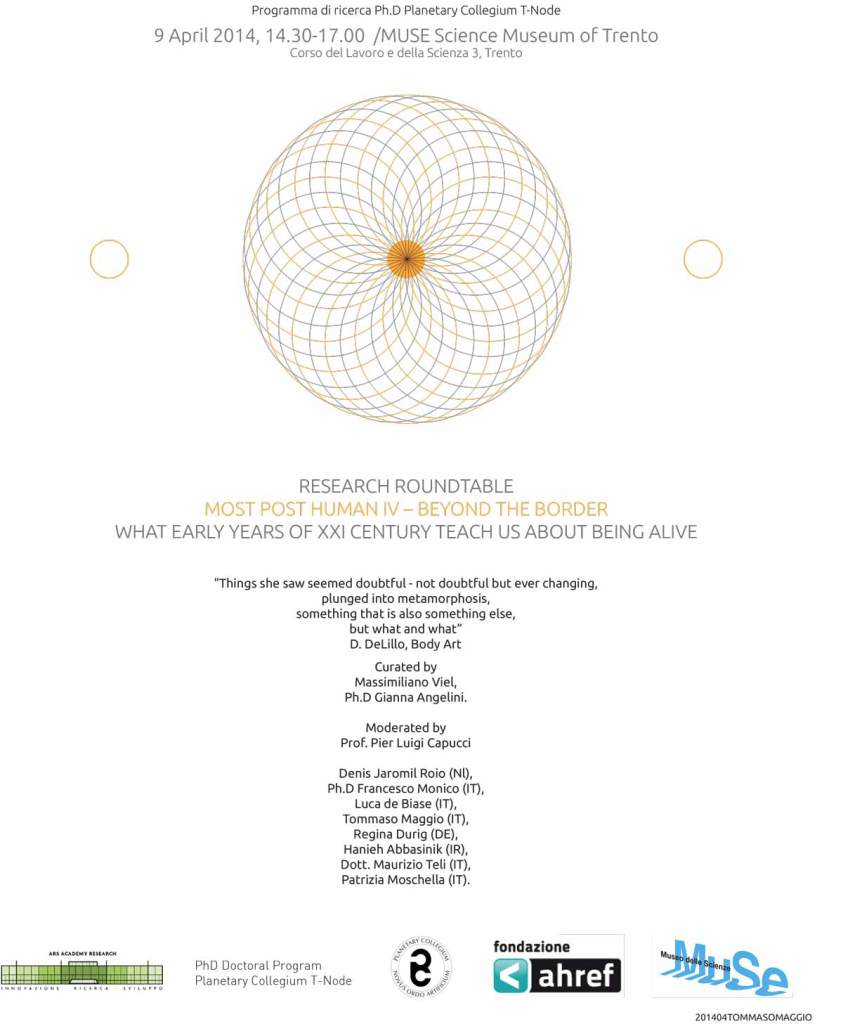